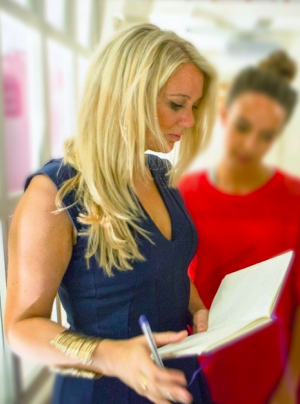 Tiffany Norris is a no-nonsense ‘Mummy concierge’, journalist and pregnancy guru, who has worked with hundreds of pregnant and new mothers, including A-List celebrities and members of the royal family.

A seasoned media commentator, having worked for over 20 years writing for Cosmopolitan, Marie Claire, Elle and Tatler, Tiffany has contributed to TV programmes, magazine features and blogs, as well as appearing as regular expert at The Baby Show.

As an experienced parenting influencer, Tiffany has worked with numerous brands, including Stokke, Cybex and Baby Bjorn. She also works closely with private maternity hospitals, such as The Portland, The Kensington Wing and The Lindo Wing, helping their pregnant clients.

Tiffany has since created her educational platform “The Mummy Concierge” through which she shares insights and tips around pregnancy, birth, baby kit essentials, mental health and more. Known for her honest, approachable but ‘take no nonsense’ personality, she enjoys loves interacting with her large and ever growing contingent of followers via social media and blog posts. She also openly discusses trickier subjects, such as 'Mummy Guilt' and bottle feeding. Her classes have been attended by hosts of celebrity and hundreds of pregnant and new mothers. Tiffany has become a trusted guru for stylish mothers everywhere – including London’s elite.

In 2021, Tiffany launched her first parenting book, entitled ‘Secrets of The Mummy Concierge”’, bringing parenting advice as well as an insight into her own personal life as a mother to a wider audience. Tiffany has a Level 3 qualification in Child Behaviour.