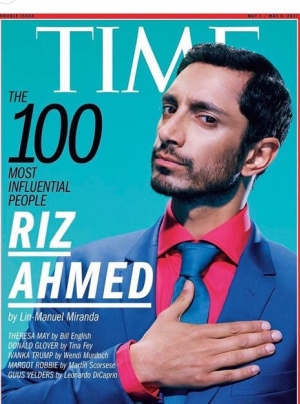 Tara Hickman is a top make-up artist for Film and TV, Music, Fashion and Red Carpet. With over 18 years under her belt, she has established an impressive volume of work and developed her unique wholesome approach, which inspires true loyalty from her clients.

Working for Sony Music for 10 years allowed her to meet a number of make-up artists, being inspired by them and in due course courageously deciding to follow her true passion and dream.

After training in an Award-Winning Glauca Rossi School of Makeup, Tara started working with Usher, John Legend and other R&B artists on their music videos, travelling with them and creating the most iconic looks. Her outstanding work led her into the world of Film and TV, where she quickly became the go-to person and one of the most coveted make up artists for many actors such as Rami Malek, Sally Hawkins Riz Ahmed, James McEvoy, Rosamund Pike , Gemma Arteton, the list goes on and on…

Working on Strictly Come Dancing for 13 years was an ultimate and most rewarding challenge. Tara loved coming together with other creatives, working on producing that perfect look for each performance.  It was a unique opportunity for Tara to combine her years of experience in music , love of fashion and make-up, assembling mood boards and seeing them come alive.

Tara’s exceptional work-ethic, endless energy and an intrinsic desire to bring creativity to her clients, helping them shine in their unique way, is what keeps them dedicated to her for more than 10-15 years. She has travelled the world as a personal make up artist for a number of celebrity clients, including stars of X-Men, Star Trek and The Mission Impossible films.

As a guest teacher in Delamar Academy of Make-Up and Hair, Tara is inspiring her students to look back into history, explore vintage fashion magazines, pop music videos, art, anything that opens their horizons. As she says “beauty is in everything and everyone - you’ve just got to see it”.