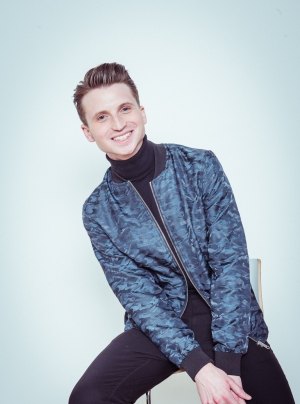 Josh Newis-Smith is a TV Presenter as well as Glamour UK’s Celebrity and Entertainment Editor. He formally held the position of Fashion and Celebrity Director at InStyle UK.

He currently presents his popular fashion vlog, Joshington Hosts, alongside his editorial work for one of the UK's biggest and most fashion forward brands. Josh's vlog takes a fresh and unique look at everything from the latest trend advice, to fashion makeovers as well as dynamic celebrity interviews that you will not find anywhere else.

Josh has done everything from exclusively interview Oprah and Reese Witherspoon where Ms. Winfrey remarked she was, “officially a Joshington Babe,” to going backstage with Victoria Beckham at New York Fashion Week. He has also sought dating advice from Margot Robbie, been educated in the art of lip-syncing by Ru Paul, hit the Victoria’s Secret show with Bella Hadid, and played ‘Darth Vader Karaoke’ with the cast of Star Wars. Plus Pamela Anderson gave Josh a lesson in seduction in bed. Raunchy much?

After amassing 4.5 million views in 2017 and notching up 2 million views for 2018 by the start of February, Joshington Hosts goes from strength to strength. Styling, directing and writing all the scripts himself means everything you see and hear in the videos is the authentic and unique voice of Josh.

This millennial voice was first seen while presenting 4 Music's Rock The Look With Rimmel London in summer 2014 alongside Miquita Oliver, where Josh was joined by the likes of Rita Ora and Lily Allen to style up outfits so girls and guys could get celebrity style for themselves on the high street.

As a result of this work Josh has presented a number of videos in collaboration with both high street and designer brands, namely Max Mara, Harvey Nichols, Pandora and New Look where he hosted a massive instore event with the brand’s face, Rochelle Humes.

Josh has also appeared as a guest fashion expert on Sky News, Britain's Next Top Model, presented the Graduate Fashion Week awards in 2016 and 2017, co-hosted live red-carpet coverage of the Brit Awards on the show’s Facebook page and presented at The Clothes Show Live. In 2017 Josh also acted as an ambassador for Barclay Card, which saw him conduct nationwide radio and TV interviews as well as appearing in a dedicated feature in The Times.

On camera Josh's rich amount of editorial and styling experience combines with his sassy sense of humour to create must-see fashion and entertainment content.