Carol Hayes Talks with the Telegraph about working in the industry in the midst of LFW... 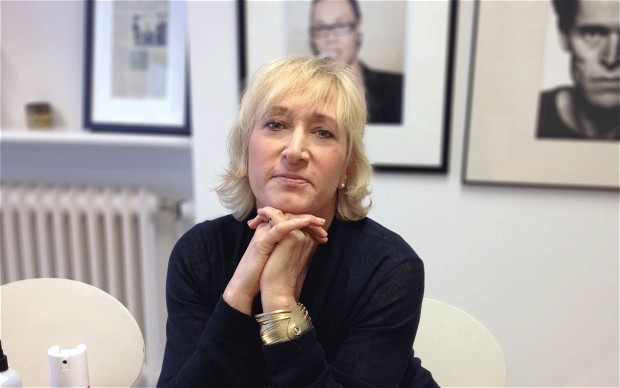 Journalist and Business Woman Emma Sinclair, spoke to Carol Hayes this week on how she got into the industry and what led her to start the The Carol Hayes Management agency; now a well-known name in the Fashion, Beauty and Television world….

"For some, Carol’s name will ring a bell because she featured on the hit TV showSecret Millionairelast year. She left herCarol Hayes Agencyin London’s Camden and spent eight days in East Glasgow’s Easterhouse Estate, a deprived area of the UK, where life expectancy is just 54. It’s an episode that moved me and ended with Carol helping a local children’s charity and a care home looking after people with early stage dementia, which her mother sadly suffered from.


Carol’s parents worked hard and “didn’t have much” but never expected anyone to help them. That ethic was passed onto her from an early age. She started working life at 13 with a Saturday job washing hair at a local salon. She recalls she was “pretty dreadful at it” and rarely received a tip - but it gave her some much needed pocket money.


At 16 she left school with one O-Level and started work in a clothes shop in Hampstead, north London. She had limited experience in retail and was a little rougher round the edges than some of the boutique customers, but Carol recalls how Shelley Parker, the shop owner, “took a gamble” and gave her a job. “Everyone,” she says, “should have a Mrs Parker in their life.” Read More Here.

Article Taken from The Telegraph:http://www.telegraph.co.uk/women/womens-business/9876436/London-Fashion-Week-How-Carol-Hayes-puts-make-up-artists-in-the-spotlight.html