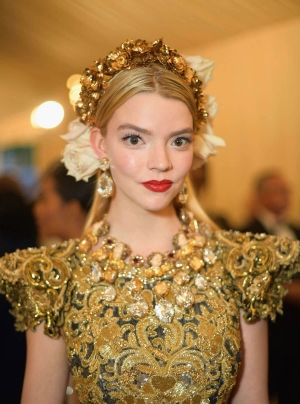 Carlos Ferraz is a Brazilian born, hairdresser and groomer.  Such is his celebrity client list, it would be easier to list who he hasn’t worked with. From Kate Hudson, Margot Robbie, Julianne Moore, Renee Zellweger, Elisabeth Moss, Claire Foy, Naomi Watts, Jessica Chastain, Miranda Kerr, Jessica Alba, Rooney Mara, Jon Hamm, Hugh Jackman to Erica Bana, Carlos has worked with them all.  Ever in demand for his hair and grooming services for A Listers at red carpet events, press junkets or photography shoots, Carlos is much admired for his instinctive ability to create flawless looks that don’t conceal the personality behind. His sense of style along with his obsession for getting the basics right, make Carlos the ‘go to’ person for celebrity hair and grooming.

However, proving that his range is not limited, Carlos also has numerous editorial and fashion credits to his name, having worked with some of the world’s best photographic talent, including Annie Leibovitz and David  Bailey as well as some of the newer names such as Regan Cameron and Sandro Soldano.   His editorial and campaign work, often featuring many of the celebrities he works with, grace the covers of many fashion magazines and weekend supplements.

After training as a journalist, Carlos was introduced to fashion styling while still living in Sao Paulo, but made the move to hair and grooming after being drawn to it on fashion shoots, and within two years he was working with Vogue Brazil.  In 1996, Carlos moved to London, where he still lives.

In his spare time, Carlos channels his creativity towards interior design and property development.