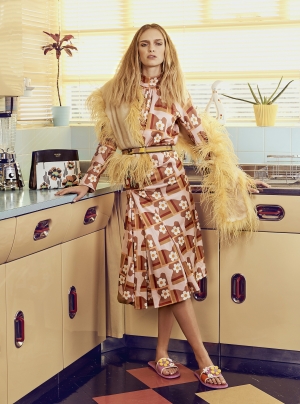 Ian McIntosh always knew he would have a career in hair and make-up. As a teenager, he would style hair for his friends and he was always told he was a natural!

He trained as a junior at the prestigious Neville Daniel salon and then went on to work and continue his training at John Frieda. Whilst at John Frieda, he became Nicky Clark’s junior and it was during this time he learnt how to cut, colour and style with the best possible mentor.

Whilst working with Nicky, Ian had the opportunity to work on numerous editorial and advertising shoots and it was at this point he also became interested in make-up. Being a perfectionist, Ian started to practice make-up techniques and decided he wanted to combine his hairdressing skills with also being a make-up artist.

In addition, Ian has worked on TV shows and commercials including Baking Made Easy with Lorraine Pascal, The National TV Awards, Soccer Aid (Endemol), The Daily Mirror Pride Of Britain Awards and commercials for Pantene and Asda Fructis (hair products).

Editorial shoots include Vogue, Tatler, The Daily Telegraph and Marie Claire and Ian has worked with some of London’s leading photographers such as Trevor Leighton, Sean Mcenomy and Ian Derry.

Ian has a huge portfolio of talents: he can cut, colour, style, groom, style wigs and create beautiful make-up looks.

The passion and technique Ian displays when creating wearable hair and make-up in a creative way, is what puts him at the top of his game!